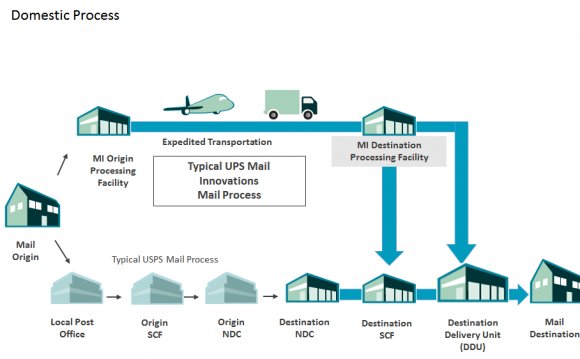 The U.S. mail is slowing down.

In January, the Postal Service eliminated overnight delivery for local first-class letters that used to arrive the next day. Anywhere from 20 percent to half of the rest of the first-class mail sent every day now takes an extra day of delivery time.

Service standards have been relaxing since 2012, when the volume of first-class overnight mail decreased and that of two-and three-day mail grew. The changes are a response to declining mail volume and the resulting excess capacity in processing plants, and they’ve allowed the financially strapped Postal Service to save $865 million with the closure of a first round of 150 plants and another $750 million by shuttering 82 more starting in January.

The Postal Service calls the delivery changes “Network Rationalization.” To limit the damage for customers and mailers, officials have downplayed the longer delivery times. Asked about the plant closings in January in a speech at the National Press Club a few weeks before his retirement, former postmaster general Patrick Donahoe said that consolidating mail operations into fewer plants would save money and increase efficiency.

“When is the last time you got a piece of mail that had a stamp on it?” Donahoe told reporters. “This whole change represents at most 4 percent of the mail. We think it’s closer to about 2.5 percent. So you can’t hold an entire system hostage and continue to run up debt and continue to avoid making investments over 2 percent to 4 percent of the mail.”

A USPS fact sheet about the new standards, however, says they are affecting up to 16 percent of first-class mail, which is a lot more than Donahoe said. Others, from unions to members of Congress representing rural areas, say the number is much higher. There are many anecdotal reports of delays.

The first round of plant closings did not delay delivery times dramatically, since those plants were situated relatively close together. But the second, more recent round of closings is reverberating more, as trucks drive longer distances to more distant plants to pick up and deliver mail before it goes to local post offices.

Preliminary internal data shows that the Postal Service did not meet even its lower targets for first-class mail during the first seven weeks of 2015, with letters that are supposed to take three days (and four or five days if they’re headed to Alaska or Hawaii) arriving on time just 54 percent to 63 percent of the time.