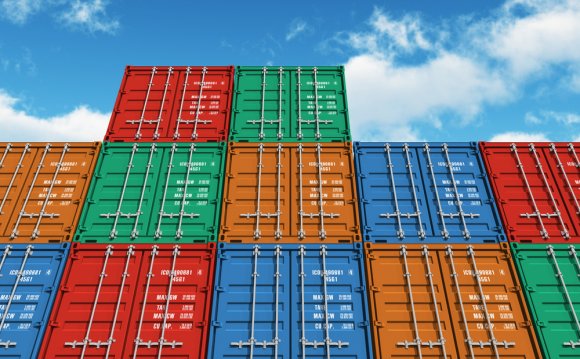 “Sluggish westbound volumes have brought about the worst spot market rate collapse that this trade has experienced.” That’s how Drewry Maritime Research summarized it in a report a couple of weeks ago. Since then, the collapse of the rates for shipping containers from China to the West has gotten worse with clockwork relentlessness.

In mid-April, there had already been a lot of handwringing. The Shanghai Containerized Freight Index (SCFI) tracks spot rates of shipping containers from Shanghai to 15 major destinations around the world. At the time, rates from Shanghai to Rotterdam had plunged to $399 per twenty-foot container equivalent unit (TEU), down 67% from a year earlier, the lowest rate ever, and half of what was considered the break-even rate for these routes.

It seemed that there would have to be some kind of uptick – that efforts by carriers to impose higher rates would stick. But nothing worked. So a week ago, there was a lot of handwringing because rates to Rotterdam had dropped to $243 per TEU, which wouldn’t even cover the cost of fuel of about $300 per TEU.

But now, in the week ended June 19, the spot rates from Shanghai to Rotterdam plunged another 15.6% to $205, a previously unimaginable low.

And it’s not just to Northern Europe.

On the routes from Shanghai to the US West Coast, carriers also tried to implement rate increases effective April 1. But after an ephemeral uptick of $300 to $1, 932 per forty-foot container equivalent unit (FEU), spot rates re-swooned. By the beginning of May, the index had dropped to $1, 783, about back where they had been a year earlier.

But look what has happened since. Last week the index plunged 5.4% to $1, 268 per FEU, down 29% from the battered rates at the beginning of May.

Spot rates to the US East Coast are also getting beat up: down 3.3% last week. Of the 15 destinations in the index, rates dropped for 11, remained flat for Taiwan and Hong Kong, and rose for Korea and East Japan.

The phenomenon has impacted other ports and contractual rates, not just spot market rates.

The much broader China Containerized Freight Index (CCFI), which tracks contractual rates along with spot market rates from all major Chinese ports to major destinations around the world, dropped another 3.0% last week, to a multi-year low of 825.97. The China-Europe component plunged 7.9%. Rates to the US West Coast dropped 1.8% and to the US East Coast 0.2%

The total collapse of shipping rates from China to much of the rest of the world is driven by two factors:

Crummy demand for Chinese manufactured goods around the world, a result of lackadaisical economic growth, if any, in the developed markets.

And a breath-taking and ballooning oversupply of ships to transport these goods. The resulting losses for carriers have sent executives to tear out their hair. But not everyone is screaming.

The largest carriers, fueled by cheap money central banks have made available, are purposefully adding enormous capacity to drive up their market share and destroy the price so that smaller carriers with less money to blow would be forced to exit the market, allowing the top carriers to build a global shipping oligopoly.

“I don’t think it will backfire, ” explained Nils Andersen, CEO of the Danish giant A.P. Møller-Mærsk, whose Maersk Line is the largest container carrier in the world. Read…