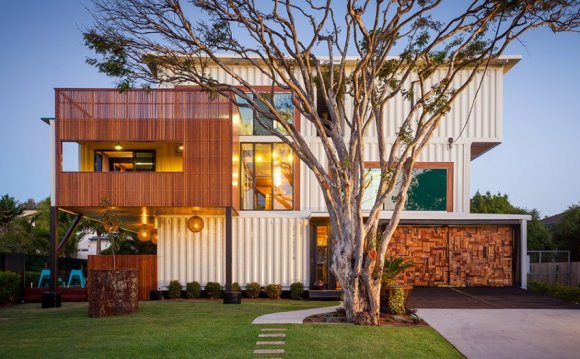 How is it that the world knows the name Henry Ford yet not Malcom McLean? Today we are going to look at the history of shipping containers- what we used before them, how and who invented them and finally, the impact they have had on globalisation and the world as we know it today.

For centuries mankind has voyaged across the seas taking not only themselves but food, cotton, treasure and goods, the likes of which their own country had never seen before. Just think of the Egyptians, Greeks, Romans and more recently the British!

How did they transport their goods around the world? Well they clearly shipped them, but without any standardisation it was a slow and difficult process.

Goods would be stored at a port warehouse until a boat was available. When an empty vessel arrived these goods would be transported from the warehouse to the side of the docked ship. Goods would typically be loaded into sacks, bales, crates and barrels, and then they would be loaded by hand onto the ship. As you can imagine this would be a very labour intensive process. This process was known as break bulk cargo, and a typical ship would have around 200, 000 pieces of cargo on-board.

Towards the later part of the second industrial revolution (early 1900’s), this lack of standardisation was becoming a real issue, especially considering how prevalent trains had now become. Transferring cargo from ships to trains was extremely slow and caused major delays and blockages within many ports. Larger ships would take around a week to unload then re-load (Levinson, 2006: The Box: How the Shipping Container Made the World Smaller and the World Economy Bigger).

This was the only way to transport goods and for centuries this process remained unchanged.

Just Who Was Malcom McLean?

There was a great need for a standardised method of transport but for this to be realised a whole host of industries needed aligning, such as: ships, trains, trucks and port terminals. As you can imagine, it would require a lot of work and persuasion to make such a feat possible.

This is where you find out exactly who Malcom McLean is.

Malcom McLean was born in 1914 and grew up on a farm in North Carolina. After finishing school in 1931, he worked for several years to save up enough money to purchase a second-hand truck, and in 1934 he launched his transport business. McLean soon scaled up his transport business and had five trucks running underneath him.

During a routine delivery of cotton bales in 1937 from North Carolina to New Jersey, McLean witnessed stevedores loading and unloading cargo, which took hours on hours, and he contemplated on what a waste of time and money this was.

It was during this time period that several weight restrictions and levying fees were introduced to road transportation. It was not uncommon for McLean’s drivers to be fined for heavy loads of cargo.

McLean was now looking for a more efficient way to transport his clients’ cargo and was reminded of his experience in New Jersey back in 1937. It was now when he had the idea of creating a standard sized trailer which could be loaded onto boats in the volume of not one or two, like with his trucks, but in hundreds. He envisaged revolutionising his transportation business by removing most of his trucks and using boats to transport the goods to ‘strategically’ place trucking hubs.

This would mean that trucks would only be used for short, intrastate, deliveries. Hence eliminating the weight restrictions and levying fees which had only recently been introduced.

The Birth of a New Era: Intermodalism

McLean, convinced by his idea to create a standardised shipping ‘trailer’ or container, sold his trucking business and in 1955 took out a bank loan for $42million. He used $7 million of this loan to purchase an already established shipping company: Pan-Atlantic Steamship Company. Pan-Atlantic already had docking rights in many of the eastern port cities which McLean was targeting and shortly after buying them he renamed it to SeaLand Industries.

McLean then went on to test variations of the container and finally settled on a primitive form of what we know today as the shipping container. It was strong, standardised, stackable, easy to load/unload and lockable (which made it theft resistant).

So now McLean had his containers, the final piece of the jigsaw was designing ships which could hold the containers. He bought the oil tanker, Ideal X, and modified it to hold 58 of his newly designed containers, in addition to 15, 000 tons of petroleum.

On the 26th of April 1956 Ideal X left New Jersey, heading for Houston. The success of his design was reinforced when the company was taking orders before the ship even docked in Houston to take goods back to New Jersey. This was mainly due to McLean being able to offer 25% discount off the price of conventional cargo transportation at the time. Also because the containers were lockable, it stops goods from being stolen during transit.

The Expansion of Shipping Containers

Gateway City’s first voyage was in October 1957, and went from New Jersey to Miami. Incredibly it only required two groups of dockworkers to unload and load the cargo. The cargo could be moved at a staggering 30 tons per hour, unheard of at the time.

However there was still the issue of a lack of standardisation with regards to the container’s size and corner fittings. This standardisation was needed so containers could be stacked effectively. Also trains, trucks and other transport equipment required a standard sized container so each method of transport could be built to a single size.

During the Vietnamese war the US government were looking for a way to ship goods more efficiently and were pushing for standardisation. McLean’s SeaLand Industries were still using 33 foot containers whereas industry rival Matson’s were using 24 foot containers. McLean agreed to release his patent of the revolutionary shipping container corner posts (vital to its strength and stacking) and several standards were agreed.

As a result of these standards we now have the 20 foot and 40 foot shipping containers (see our blog post on shipping container dimensions for more information). In fact 20 foot containers, called Twenty foot Equivalent Unit (TEU), went on to become the industry standard for referencing cargo volume.

The final stage to shipping containers spreading worldwide was the resistance at ports due to the widespread redundancies caused by containers.

As we spoke about earlier on in the article, traditionally, the process of loading cargo required lots of port workers to physically manhandle all of the goods into position. However with containers these workers were no longer required, which caused outrage with the dockside unions. During the early 1970’s many union workers went on strike, disrupting the shipping industry and shipping container’s rapid expansion.

However, due to the huge financial savings of containerised shipping, these union workers were paid severance agreements and shipping containers’ growth sky-rocketed.

As a result, by 1970, SeaLand Industries had 36 container ships, twenty-seven thousand containers and connections to more than 30 ports in America.